All six episodes from the first series of the popular sci-fi comedy.

In 'The End' Dave Lister (Craig Charles) awakes from three million years in suspended animation to find he is the last living human being. 'Future Echoes' has the crew start getting glimpses of the future when Red Dwarf breaks the speed of light. 'Balance of Power' finds Rimmer (Chris Barrie) unsettled by the possibility that Lister might attain a higher rank than him. 'Waiting for God' sees Lister take on the mantle of a God, and discover that he is responsible for a huge war. 'Confidence and Paranoia' has Lister's pneumonia mutate in such a way that his hallucinations become solid.

Finally, in 'Me 2', Rimmer creates a duplicate of himself - and although the honeymoon period is blissful, the relationship eventually takes a rather bitter turn. 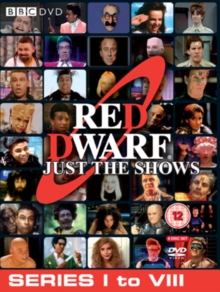