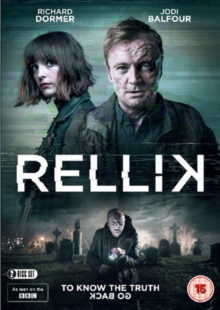 Told in reverse, the show follows DCI Gabriel Markham (Dormer) and his team as they try to hunt down a serial killer.

After the crime is solved and the killer is revealed, the series journeys back in time to reveal his motives and why Gabriel is so determined to bring him to justice, while he grapples with personal problems of his own at home.