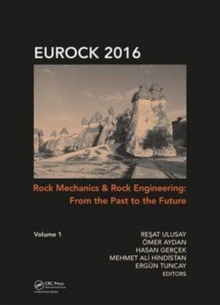 Rock Mechanics and Rock Engineering: From the Past to the Future Hardback

EUROCK 2016, organized by the Turkish National Society for Rock Mechanics, is a continuation of the successful series of ISRM symposia in Europe, which began in 1992 in Chester, UK.