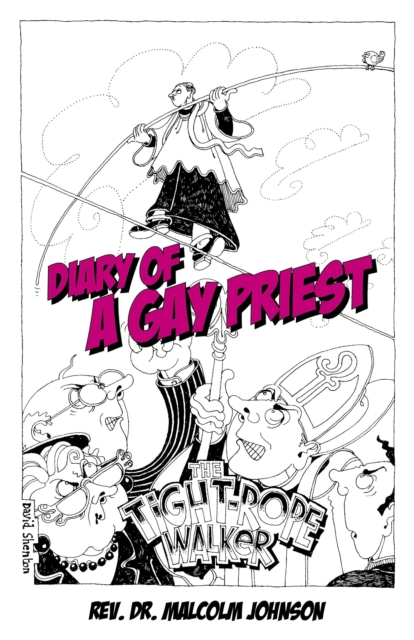 Diary of a Gay Priest : The Tightrope Walker Paperback

Malcolm Johnson has been an Anglican priest for fifty years working in the East End and in the City of London.

Openly gay for most of this time, he has never been far from controversy.

As rector of St Botolph Aldgate he was particularly involved with homelessness, HIV/AIDS and education. Because of his counselling and campaigning work for the LGBT community Rabbi Lionel Blue has described him as the Pink Bishop.

Diary of a Gay Priest is full of anecdotes and amusing stories.

His 44-year relationship with Robert has given him stability and security, but he considers the Church to still be a dangerous place for a gay priest.

He remains in it by his eyelashes.