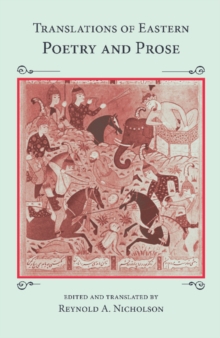 Originally published in 1922, this book presents translations from about fifty authors of Arabic and Persian works.

The selection is chiefly comprised of poetry and prose literature, but extracts are also included from biographers and historians.

The extracts, which are mostly short and seldom run for longer than five pages, cover the period from the beginning of the sixth to the end of the fifteenth century AD.

This book will be of value to anyone with an interest in Arabic and Persian literature.