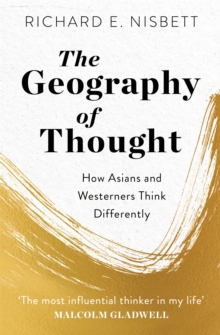 The Geography of Thought : How Asians and Westerners Think Differently Paperback / softback

'The most influential thinker, in my life, has been the psychologist Richard Nisbett.

He basically gave me my view of the world.'-Malcolm Gladwell"One of the world's leading thinkers" Daily TelegraphWhen Richard Nisbett showed an animated underwater scene to his American students, they zeroed in on a big fish swimming among smaller fish.

Japanese subjects, on the other hand, made observations about the background environment...and the different "seeings" are a clue to profound underlying cognitive differences between Westerners and East Asians.

As Professor Nisbett shows in The Geography of Thought people actually think - and even see - the world differently, because of differing ecologies, social structures, philosophies, and educational systems that date back to ancient Greece and China, and that have survived into the modern world.

As a result, East Asian thought is "holistic" - drawn to the perceptual field as a whole, and to relations among objects and events within that field.

By comparison to Western modes of reasoning, East Asian thought relies far less on categories, or on formal logic; it is fundamentally dialectic, seeking a "middle way" between opposing thoughts.

By contrast, Westerners focus on salient objects or people, use attributes to assign them to categories, and apply rules of formal logic to understand their behaviour. 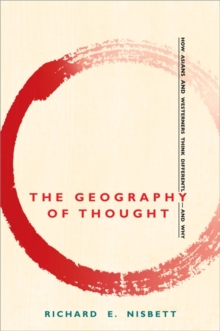 The Geography of Thought 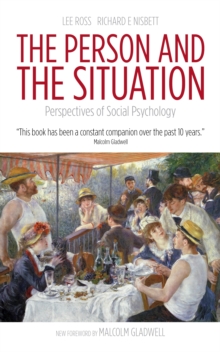 The Person and the Situation 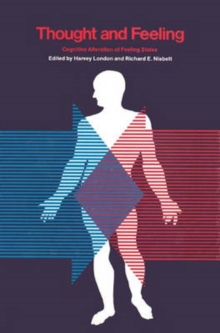 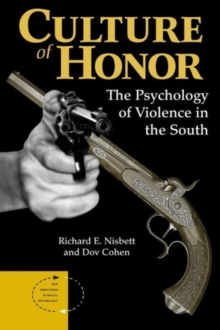