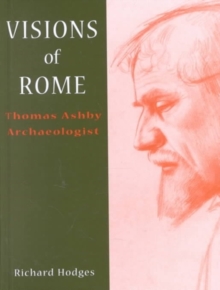 Thomas Ashby (1874-1931), the first scholar and third Director of the British School at Rome died at a tragically young age when he fell from a train.

His 'Roman Campagna in Classical Times' remains a classic work of topographic research.

This book, written by another former Director, tells the story of his life as an academic, as the Director responsible for building the British School at Rome in the Valle Giulia, as an ambulance driver in the First World War, as an avid photographer and, in the author's view, as the victim of the British tendency towards dark moral judgement.