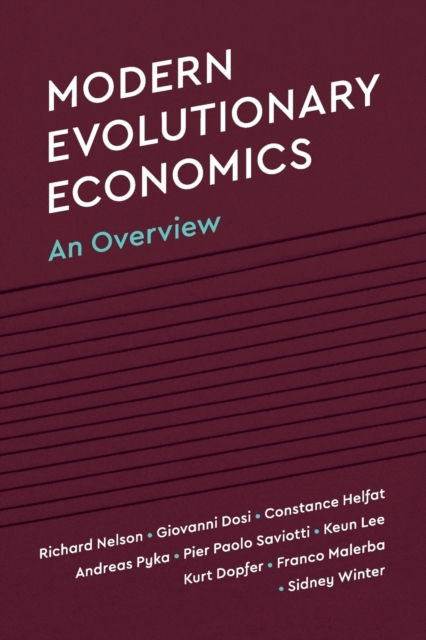 Evolutionary economics sees the economy as always in motion with change being driven largely by continuing innovation.

This approach to economics, heavily influenced by the work of Joseph Schumpeter, saw a revival as an alternative way of thinking about economic advancement as a result of Richard Nelson and Sidney Winter's seminal book, An Evolutionary Theory of Economic Change, first published in 1982.

In this long-awaited follow-up, Nelson is joined by leading figures in the field of evolutionary economics, reviewing in detail how this perspective has been manifest in various areas of economic inquiry where evolutionary economists have been active.

Providing the perfect overview for interested economists and social scientists, readers will learn how in each of the diverse fields featured, evolutionary economics has enabled an improved understanding of how and why economic progress occurs.