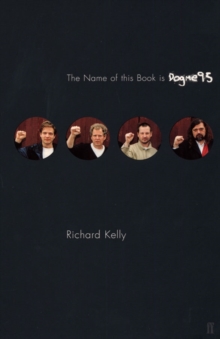 The Name of this Book is Dogme95 Paperback / softback

A spectre is haunting world cinema - the spectre of a Danish 'new wave' led by mercurial director Lars Von Trier.

In 1995, when Von Trier and three comrades issued a 10-point 'Vow of Chastity' for the making of simpler, more truthful movies, cynics in the film business refused to take it seriously.

Five years on, the international success of the raw, uncompromising 'Dogme95' films - Festen, The Idiots, Mifune, The King is Alive - has fired a volley of shots across the bows of a staid and bloated industry.

Richard Kelly's investigation of the Dogme95 movement is a piece of 'gonzo journalism' in which Kelly sallies forth in search of the Dogme brothers and their accomplices, seeking to hammer out the truth from the lies in this austere and anarchic piece of cinematic mischief.