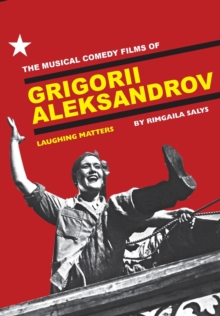 Grigorii Aleksandrov's musical comedy films, created with composer Isaak Dunaevskii, were the most popular Russian cinema of the 1930s and '40s.

Salys explores how Aleksandrov's cinema preserved the paradigms of the American musical, including its comedic tradition, using both to inscribe the foundation myths of the Stalin era in the national consciousness.

As the first major study to situate these films in the cultural context of the era, this book will be essential to courses on Russian cinema and Soviet culture.