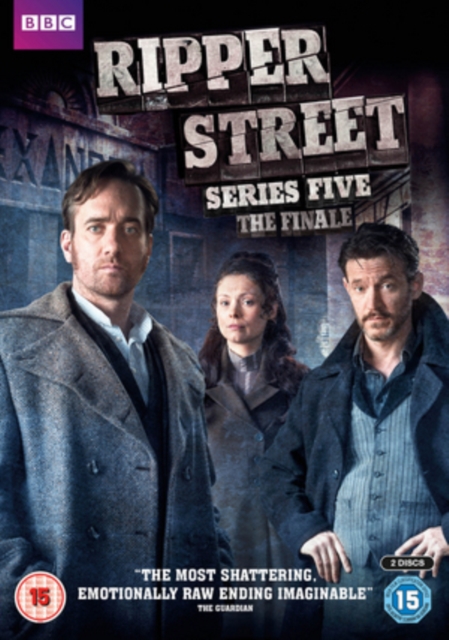 All six episodes from the fifth and final series of the TV drama starring Matthew Macfadyen as a detective trying to maintain the law on the streets of Whitechapel in the wake of the Jack the Ripper murders.

In this series, following the death of Bennet Drake (Jerome Flynn), former head of Whitechapel's H Division DI Edmund Reid (Macfadyen), Captain Homer Jackson (Adam Rothenberg) and Long Susan (MyAnna Buring) are on the run and living as fugitives but are determined to expose Assistant Commissioner Augustus Dove (Killian Scott), who is leading the hunt for the trio, and his cannibalistic brother Nathaniel (Jonas Armstrong), and bring them both to justice.

Meanwhile, they must also deal with the return of villainous DI Jedediah Shine (Joseph Mawle).

The episodes are: 'Closed Casket', 'A Brittle Thread', 'All the Glittering Blades', 'The Dreaming Dead', 'A Last Good Act' and 'Occurrence Reports'.