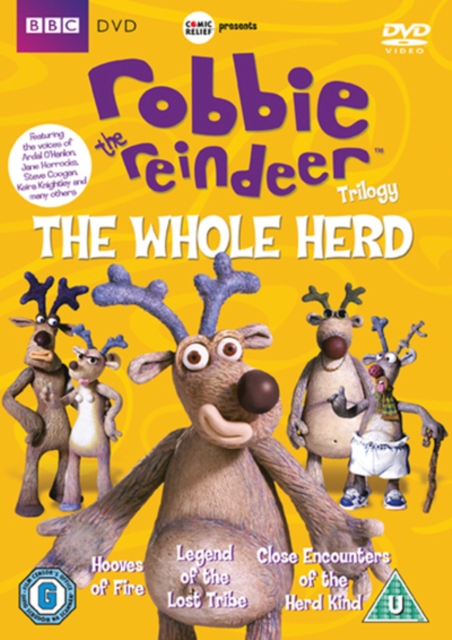 In 'Hooves of Fire' (1999), Robbie the Reindeer (voiced by Ardal O'Hanlon) arrives at the North Pole, ready to take his place as navigator on Santa's Christmas sleigh team.

However, Robbie is soon plagued by doubt regarding his ability, and sets out to regain his self-respect and the admiration of his team-mates.

In 'Legend of the Lost Tribe' (2002), Robbie is on a quest to discover a lost tribe of Viking warriors, facing deadly traps, dastardly foes and an angry girlfriend along the way.

In 'Close Encounters of the Herd Kind' (2007), Robbie must embark on a mission to stop the destruction of the planet by the evil Vorkana, Queen of the Nargathrons (Gillian Anderson), after his wedding is interrupted by an intergalactic attack.