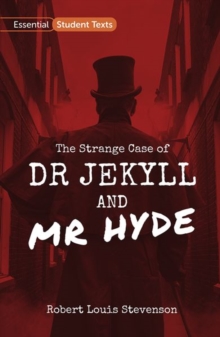 Dr Jekyll is obsessed by the idea of the soul's dual nature; he believes the good and evil side of a person are distinct and can be separated, and he seeks to prove this, despite the derision of his contemporaries.

Unpleasant Mr Hyde appears to be the perpetrator of a number of horrific and violent crimes, but when pursued by the police he is seemingly impossible to trace. And Dr Jekyll appears to be his unlikely ally. When Gabriel Utterson, lawyer, and concerned friend of Jekyll, takes it upon himself to investigate the strange happenings, he finds the truth to be far more sinister than anyone could have imagined... This Essential Student Texts edition of Stevenson's thrilling tale includes accessible and informative study notes.