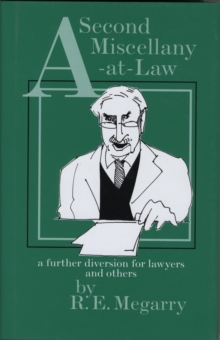 A Second Miscellany-at-Law : a further diversion for Lawyers and others Hardback

'Miscellany-at-Law was first published in 1955. It sought to include not only wise and witty sayings ofthe judges but also curiosities of lawyers and the law. ....The preface of Miscellany-at-Law included a frank confession of my ignorance of much that ought to have been included, particularly from overseas jurisdictions: and I uttered a gentle prayer that those who know better would lighten my darkness, the bounteous response was surprising as it was pleasant.

With this rich harvest coupled with material for which I had found no convenient home in the book and the fruits of further researches and accidental discoveries of my own, there was enough matter ....for this further volume.'Sir Robert Megarry 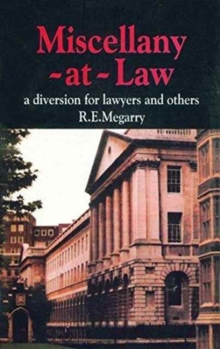