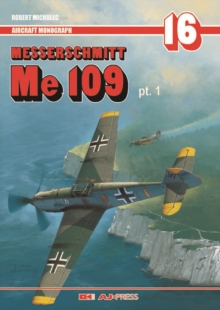 Part of the Aircraft Monograph series

This Aircraft Monograph contains a short history of Messerschmitt corporation and an extensive illustrated history of the most popular German fighter, the Me 109, covering the design and development of versions B to E, and T.

The Messerschmitt Bf 109 (Me 109) was a German World War II fighter aircraft designed by Willy Messerschmitt and Robert Lusser during the early to mid 1930s.

It was one of the first true modern fighters of the era, becoming the backbone of the Luftwaffe's fighter force during the war. About Aircraft MonographThis series is published entirely in English presents the most popular, most interesting and the best aircraft design of the 20th century.

Every monograph describes particular airplanes in a complex way- it contains a history of its development, its historical background and manufacturing history, combat use, camouflage and markings and a detailed technical description.

Complemented by hundreds of historical photographs illustrating the subject, plans in modelling scales, and colour profiles depicting the airframes of different times and units, Aircraft Monographs are a rich source of knowledge, not only for readers interested in aviation history, but also for modellers. The Monografie Lotnicze series is the counterpart of the Aircraft Monograph- these are the books in Polish, in most cases featuring the picture captions in English. 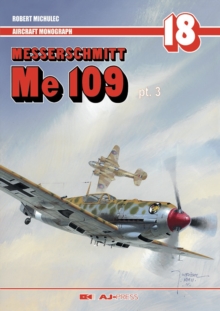 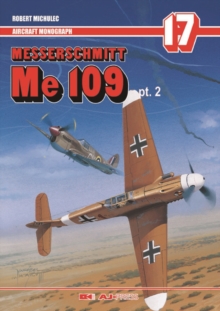 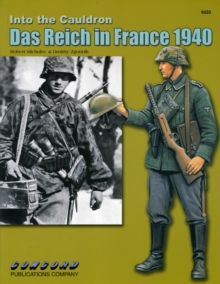 Also in the Aircraft Monograph series 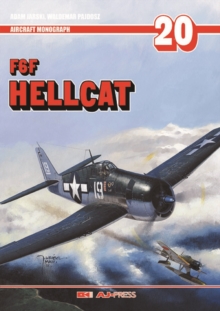