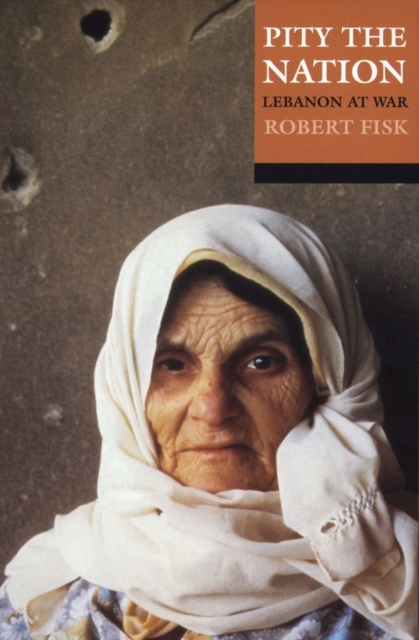 by Robert (Middle-East correspondent of the Independent) Fisk

Pity the Nation ranks among the classic accounts of war in our time, both as historical document and as an eyewitness testament to human savagery.

Written by one of Britain's foremost journalists, this remarkable book combines political analysis and war reporting in an unprecedented way: it is an epic account of the Lebanon conflict by an author who has personally witnessed the carnage of Beirut for over a decade.

Fisk's book recounts the details of aterrible war but it also tells a story of betrayal and illusion, of Western blindness that had led inevitably to political and military catastrophe. Updated and revised, Fisk's book gives us a further insight into this troubled part of the world. 'Robert Fisk is one of the outstanding reporters of this generation.

As a war correpondent he is unrivalled.'Edward Mortimer, Financial Times