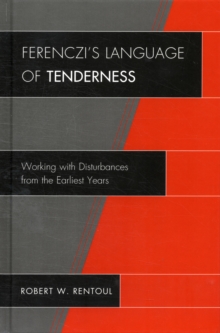 Ferenczi's Language of Tenderness : Working with Disturbances from the Earliest Years Hardback

Ferenczi identified the presence of a child in every analysis or therapy and distinguished between the languages of tenderness and passion in their appropriateness for such work.

Using Ferenczi's insights, Robert W. Rentoul draws on and integrates the subsequent work of the British Independents and recent American writers in Ferenczi's Language of Tenderness: Working with Disturbances from the Earliest Years.

He sees the two languages as being reflected in the differing atmospheres of cooperation and confrontation shown in relational and classical psychoanalysis.

Rentoul argues that the distinction between the two models needs to be made sharper; a new paradigm for psychoanalysis has come into being as a result of Ferenczi's work. Ferenczi's Language of Tenderness also illustrates the application of Ferenczian insights in practice, especially in relation to work with people suffering from damage that occurred in their earliest years.

Rentoul stresses the reality of emotional trauma for these people and discovers in some of them also a depth of physical need for which a solution is yet to be found.

Ferenczi's Language of Tenderness seeks a more human, respectful, and cooperative practice of psychoanalysis and of therapies derived from it.

The fullest development of the other person requires a deep and demanding emotional commitment and openness from the therapist. 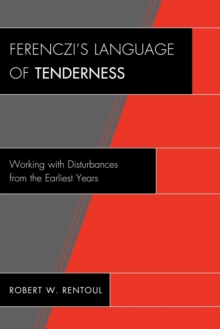 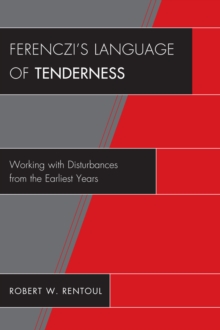