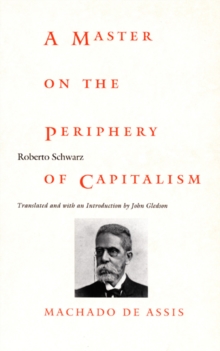 A Master on the Periphery of Capitalism : Machado de Assis Hardback

A Master on the Periphery of Capitalism is a translation (from the original Portuguese) of Roberto Schwarz's renowned study of the work of Brazilian novelist Machado de Assis (1839-1908).

A leading Brazilian theorist and author of the highly influential notion of "misplaced ideas," Schwarz focuses his literary and cultural analysis on Machado's The Posthumous Memoirs of Bras Cubas, which was published in 1880.

Writing in the Marxist tradition, Schwarz investigates in particular how social structure gets internalized as literary form, arguing that Machado's style replicates and reveals the deeply embedded class divisions of nineteenth-century Brazil. Widely acknowledged as the most important novelist to have written in Latin America before 1940, Machado had a surprisingly modern style.

Schwarz notes that the unprecedented wit, sarcasm, structural inventiveness, and mercurial changes of tone and subject matter found in The Posthumous Memoirs of Bras Cubas marked a crucial moment in the history of Latin American literature.

He argues that Machado's vanguard narrative reflects the Brazilian owner class and its peculiar status in both national and international contexts, and shows why this novel's success was no accident.

The author was able to confront some of the most prestigious ideologies of the nineteenth century with some uncomfortable truths, not the least of which was that slavery remained the basis of the Brazilian economy. A Master on the Periphery of Capitalism will appeal to those with interests in Latin American literature, nineteenth century history, and Marxist literary theory.

Also by Roberto Schwarz   |  View all 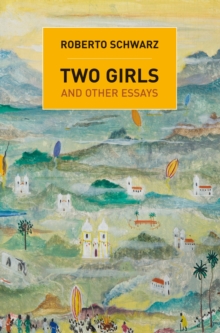 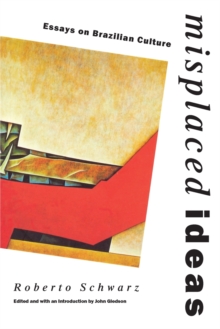 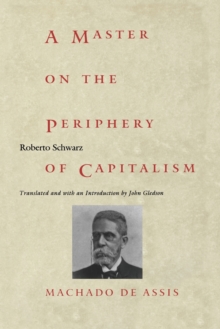 A Master on the Periphery of Capitalism 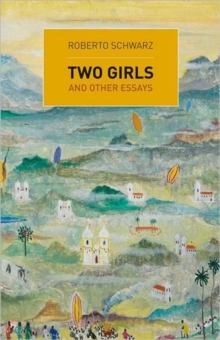 Two Girls and Other Essays