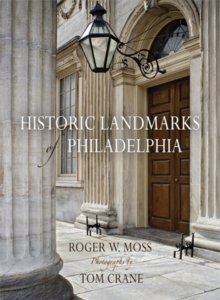 Architectural historian Roger W. Moss and photographer Tom Crane set out to celebrate the surviving accessible historic architecture of Philadelphia, envisioning a series of books that would provide much more than the snapshots found in guidebooks.

They began with Historic Houses of Philadelphia, bringing the region's most impressive museum homes to life.

In Historic Landmarks of Philadelphia, Moss and Crane feature prominent, memorable structures that reflect stages in Philadelphia's growth. There are sixty-five National Historic Landmarks in Philadelphia, structures that have been identified as being "nationally significant" and having "meaning to all Americans." This newest addition to Moss and Crane's trilogy includes a wide array of historic sites, ranging from concert halls to prisons, train stations to museums, banks to libraries.

The buildings are arranged chronologically rather than geographically, to emphasize Philadelphia's evolution from modest mercantile outpost of a colonial power, to capital of a proud new nation, to a robust world-renowned cosmopolitan city. Historic Landmarks of Philadelphia presents such notable attractions as Fort Mifflin, Independence Hall, the Fairmount Water Works, the Athenaeum of Philadelphia, Boathouse Row, Laurel Hill Cemetery, Eastern State Penitentiary, the Academy of Music, the Union League of Philadelphia, Memorial Hall, the Pennsylvania Academy of Fine Arts, the Masonic Temple, and the sights that line the Benjamin Franklin Parkway, including the Philadelphia Museum of Art, the Free Library of Philadelphia, and the Rodin Museum, in more than two hundred color illustrations.

It celebrates master builders and their influence on the course of American architecture while identifying the distinctive qualities that embody Philadelphia's history and spirit. A Barra Foundation Book 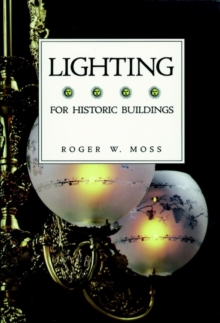 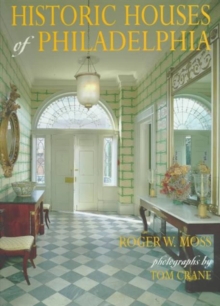 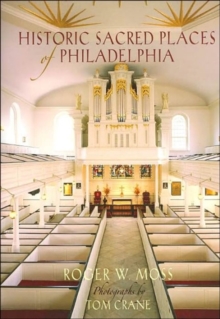