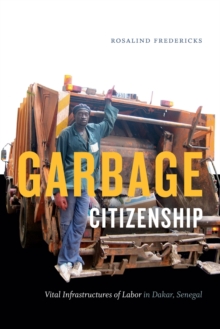 Over the last twenty-five years, garbage infrastructure in Dakar, Senegal, has taken center stage in the struggles over government, the value of labor, and the dignity of the working poor.

Through strikes and public dumping, Dakar's streets have been periodically inundated with household garbage as the city's trash collectors and ordinary residents protest urban austerity.

Often drawing on discourses of Islamic piety, garbage activists have provided a powerful language to critique a neoliberal mode of governing-through-disposability and assert rights to fair labor.

She shows how labor is a key component of infrastructural systems and how Dakar's residents use infrastructures as a vital tool for forging collective identities and mobilizing political action.

Fleshing out the materiality of trash and degraded labor, Fredericks illuminates the myriad ways waste can be a potent tool of urban control and rebellion. 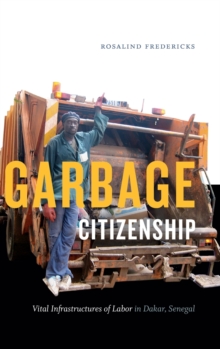