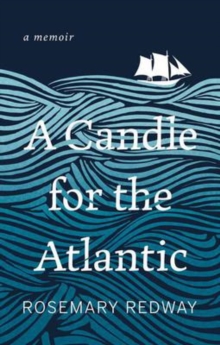 A Candle for the Atlantic Paperback / softback

When casualty staff nurse Rosie fell in love with an old two-masted schooner in Whitby harbour little did she know how this would lead her into the adventure of a life time.

With virtually no experience of sailing she nevertheless embarked in 1992 upon a six-month voyage aboard the Helga Maria as a deckhand and medic.

Throughout the voyage the fury of the elements was a constant reminder of the dangers faced by those at sea, but there were kinder times, too, of sun-warmed decks, bare feet, laughter and the revelation of the disparate personalities with whom she rubbed shoulders.

The homeward stretch of re-crossing the Atlantic from Newfoundland was blighted by total engine failure, thus exposing the boat to drifting helplessly at the mercy of severe northerly gales and monstrous seas threatening to overwhelm them.

Electrical failure rendered them incommunicado with the outside world, candle power was all there was to illumine the compass at night.

Supplies ran low, hunger weakened them. Could they make it home safely?