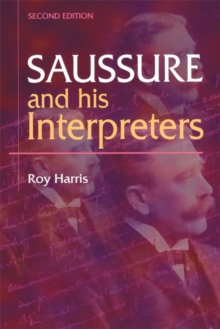 Saussure and His Interpreters Paperback / softback

Reviews of the First Edition 'In a very readable study, Roy Harris examines the mis/representation of Saussurean ideas by certain linguists and by French thinkers of a Structuralist and post-structuralist persuasion.

This is therefore essentially a study in intellectual history dealing with the thorny question of "influence" of one thinker's ideas on another !

Harris has done us a favour by bringing his critical eye to bear on a range of (mis)interpreters of the Cours who had hitherto largely been considered in isolation.' - Modern Language Review This book is the first major reassessment of the reception of Saussure's ideas in the academic world of the twentieth century.

It is well known that Saussure's work profoundly influenced developments in such diverse fields as linguistics, anthropology, psychology and literary studies.

But what exactly were Saussure's views taken to be by his interpreters?

How well were Saussure's ideas understood by those who took them up? Or how badly misunderstood? And why? The answers to these questions address central issues in the history of Western culture. Each chapter focuses on one particular interpreter of Saussure's work, but many others are mentioned in context for purposes of comparison, and attention is drawn to connections and disparities between their interpretations.

Those whose interpretations are examined in detail include Bloomfield, Hjelmslev, Jakobson, Levi-Strauss, Chomsky, Barthes and Derrida.

In an important supplement to the new edition, account is taken of recently found notes in Saussure's hand.

The discovery re-opens the whole question of the extent to which the Cours de linguistique generale, posthumously published in 1916, accurately reflects the stage that Saussure's thinking about language and communication had reached by the time of his death.

It suggests a new interpretation of Saussure that differs significantly from any of those previously advanced.

Features: *The only comprehensive survey of this field *Up-to-date coverage of recent developments in Saussurean studies *Analysis by one of today's leading authorities on Saussure. 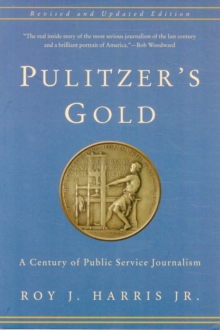 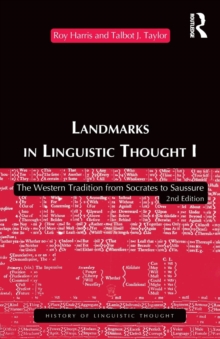 Landmarks In Linguistic Thought Volume I 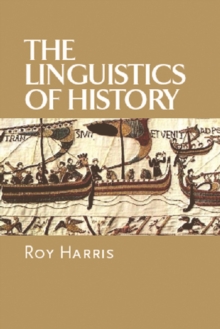 The Linguistics of History 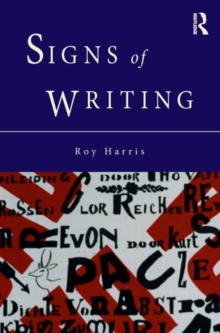