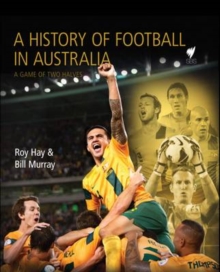 History of Soccer in Australia : A Game of Two Halves Hardback

The fascinating story of the fastest growing sport in Australia and the ties it has to our culture and identity.

In coming years football will continue to excite sports fans throughout Australia.

The Socceroos will contest the world's leading nations on the international stage.

The Asian Football Confederation Cup of Nations will be held in Australia in 2015.

The Matildas will defend their Asian championship crownin 2014 and aim to qualify for the World Cup in Canada in 2015.

Men and women can also look forward to another trip to Brazil in 2016 for the football competition at the Olympic Games.

The beautiful game has grown in popularity and participation since the creation of the A-League in 2005, success in the World Cup in Germany in 2006 and entry into the Asian Confederation in that year.

Football has shown that it can bring the entire nation together in international competition.

Football has a long and fascinating history in Australia stretching back to the mid-19th century. It is a rich history, closely related to one of the main themes in this country's development: immigration and the problems of integration of successive generations into a rapidly evolving national identity.

This history tells the story of the game in a lively and provocative account.

Roy Hay and Bill Murray are respected academics, historians and lovers of the game they have followed throughout their lives. 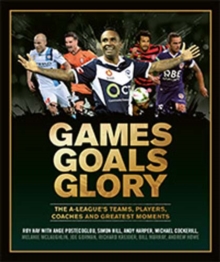