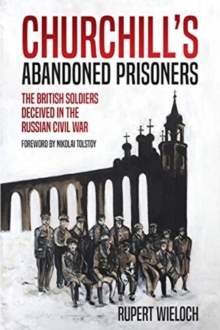 Winner of the Britain at War Book of the Month Award for May 2019. Churchill's Abandoned Prisoners tells the previously suppressed story of fifteen British prisoners captured during the Russian civil war.

The Bolshevik Revolution in 1917 seriously compromised the Allied war effort.

That threat rather than an ideological wish to defeat the Bolsheviks was the driving force behind the formation of an Allied force including British, American, French, Czech, Italian, Greek and Japanese troops, who were stationed to locations across Russia to suppor t the anti-Bolsheviks (the 'White Russians').

But war-weariness and equivocation about getting involved in the Civil War led the Allied powers to dispatch a sufficient number of troops to maintain a show of interest in Russia's fate, but not enough to give the 'Whites' a real chance of victory. Caught up in these events is Emmerson MacMillan, an American engineer who through loyalty to his Scottish roots joins the British army in 1918.

Emmerson travels to England, where he trains with the Inns of Court Officer Training Corps and volunteers for service in the Far East. The book explains how the bitter fighting ebbed and flowed along the Trans-Siberian Railway for eighteen months, until Trotsky's Red Army prevailed.

It includes the exploits of the only two British battalions to serve in the East, the "Diehards" and "Tigers". An important chapter describes the fractious relationships between the Allies, together with the unenviable dilemmas faced by the commander of the American Expeditionary Force and the humanitarian work of the Red Cross. The focus turns to the deeds of Emmerson and the other soldiers in the select British group, who are ordered to "remain to the last" and organise the evacuation of refugees from Omsk in November 1919.

After saving thousands of lives, they leave on the last train out of the city before it is seized by the Bolsheviks. Their mad dash for freedom in temperatures below forty degrees centigrade ends abruptly, when they are captured in Krasnoyarsk. Abandoned without communications or mail, they endure a fearful detention with two of them succumbing to typhus.

The deserted group become an embarrassment to the Prime Minister, David Lloyd George and the War Secretary, Winston Churchill after a secret agreement fails to secure the release of the British prisoners. Deceived in Irkutsk, they are sent 3,500 miles to Moscow and imprisoned in notorious jails.

After a traumatic incarceration, they are eventually released, having survived against all the odds. The spectre of armed conflict between Russia and the West has dramatically increased with points of tension stretching from the Arctic to Aleppo, while cyber warfare and election interference further increase pressure.

As a new Cold War hots up it is ever-more important to understand the origins of the modern relationship between Russia and the West.

The events described in this book are not only a stirring tale of courage and adventure but also only lift the lid on an episode that did much to sow distrust and precipitate events in World War Two and today. 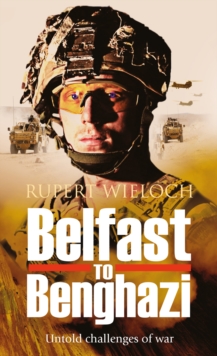