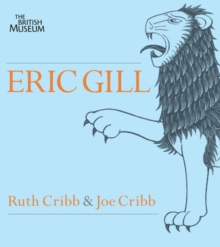 Eric Gill (1882-1940) is one of the twentieth century's most controversial artists.

This illustrated introduction focuses on the clarity of Gill's drawn and cut line.

It explores his genius as a letter cutter, wood engraver, sculptor and typographer in the light of his refined finished drawings and preparatory sketches.

Like all modernists of the early twentieth-century, he used stylised form, explicit sexuality and the influence of other cultures to position himself at the forefront of the avant-garde.

An outsider and a radical, Gill nevertheless became one the establishment's favourite artists, with his patrons including the Catholic Church, the Lord Chancellor's office, the British Museum, the Victoria and Albert Museum, the Royal Mint, the London Underground, the BBC, the Post Office and the League of Nations.

The authors illuminate here the quality, complexities and contradictions of Gill's fascinating life and art.