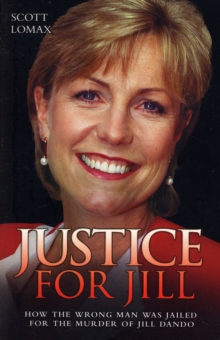 Justice for Jill : How the Wrong Man Was Jailed for the Murder of Jill Dando Paperback / softback

Did Barry George kill Jill Dando? By 1999, Jill Dando was at the height of her powers.

In her role on "Crimewatch", she was Britain's best-loved television presenter, about to marry the love of her life and destined for even greater things.

She'd come a long way since her early years in Weston-super-Mare and her humble start in journalism on the "Weston Mercury".

In April that year it all came to a brutal end when she was gunned down in an execution-style hit outside her own front door in West London.

The country was stunned and the police were baffled for years.

But by July 2001, they were convinced they'd got their man and Barry George was convicted of the murder.

He was sentenced to life imprisonment, having been told that he was 'unpredictable and dangerous'.

The evidence against George was described as 'compelling', yet his case remains one of the most controversial in British criminal history. "Justice for Jill" brings the case up to date, based upon extensive research and discussion with those who know him. And if it turns out that it wasn't him - then who did kill Jill Dando?