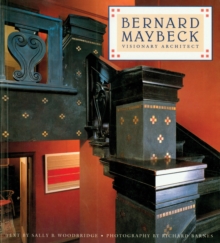 This bestselling volume chronicles one of the most innovative, influential, and beloved architects of the early 20th century. Gracefully written and brilliantly illustrated, this handsome new volume captures the vision, the wit, and the down-to-earth inventiveness of one of the most influential and beloved architects of the early twentieth century. Raised in Greenwich Village and trained in Paris, Maybeck spent most of his long career in northern California.

An irrepressible bohemian with no desire to run a large office, he spent much of his time designing houses for friends and family, as well as for other patrons so loyal that they often hired him to design more than one house.

Maybeck also created two of the most beautiful buildings in all of California: the exhilarating Church of Christ, Scientist, in Berkeley, and the gloriously romantic Palace of Fine Arts, in San Francisco. This incisive overview-the first to feature color reproductions of Maybeck's exquisite interiors and exteriors-analyzes every aspect of his life and work.

Not only his architecture but also his furniture, his lighting designs, and his innovations in fire-resistant construction are thoroughly discussed and illustrated.

The book is also enlivened by documentary photographs, by clearly drawn plans, and by several of Maybeck's dazzling, previously unpublished visionary drawings. Bernard Maybeck is a major study of an internationally significant architect whose environmentally responsive work has much to offer today's designers and whose houses have given enormous pleasure to those fortunate enough to visit or dwell in them. 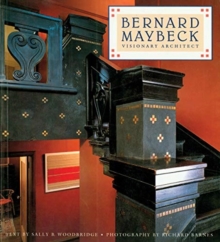