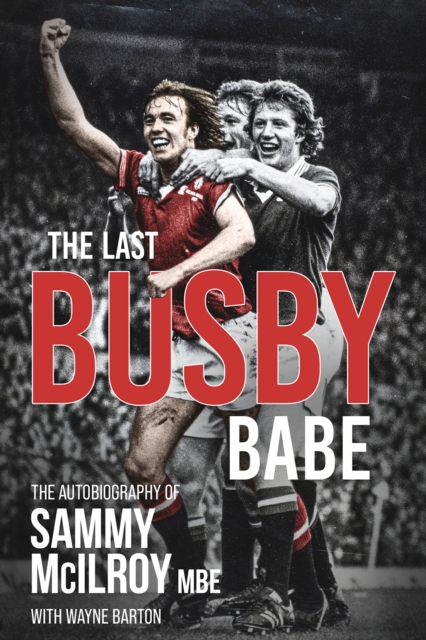 The Last Busby Babe : The Autobiography of Sammy Mcilroy Hardback

Sammy McIlroy experienced one of the most memorable careers in football.

After all, who else can say they played with George Best, Denis Law and Bobby Charlton, experienced relegation, won trophies and played under six different managers at Manchester United?

With more than 400 appearances, McIlroy - the last player signed by the legendary Sir Matt Busby - is a bona fide Old Trafford legend, and is an intrinsic part of the fabric of its illustrious history.

One of the few footballers to have played in two international tournaments for Northern Ireland (and been captain in one), 'Super' Sam went on to manage his country after a successful spell in charge of Macclesfield Town.

He tells his extraordinary story with remarkable candour and emotion, pulling no punches.

From the anxiety of his homesickness to the exhilaration of his club debut, from the lows of his heartbreaking exit from United to the highs of leading his country out in a World Cup, The Last Busby Babe finally puts on record one of the greatest careers in football history.