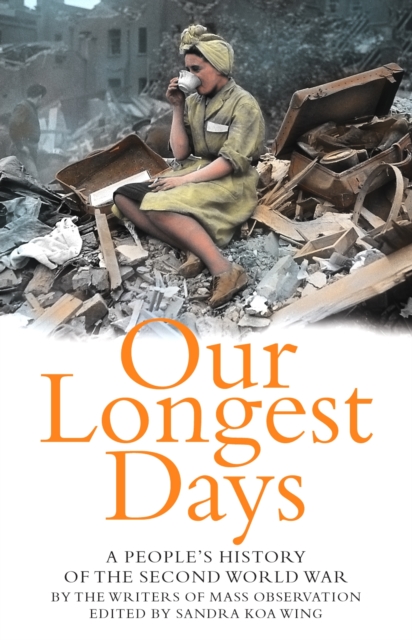 Our Longest Days: A people's history of the Second World War Paperback / softback

For six years the people of Britain endured bombs and the threat of invasion, and more than 140,000 civilians were killed or seriously wounded.

Men and women were called to serve in the armed forces in record numbers, and everyone experienced air raids and rationing.

In these terrible times, volunteers of almost every age, class and occupation wrote diaries for the "Mass Observation" project, which was set up in the 1930s to collect the voices of ordinary men and women.

Using many diaries that have never been published before, this book tells the story of the war - the military conflict, and, mainly, life on the home front - through these voices.

Through it all, people carry on living their lives, falling in love, longing for a good meal, complaining about office colleagues or mourning allotment potatoes destroyed by a bomb.