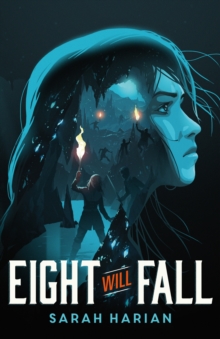 In a world where magic is illegal, eight criminals led by rebellious Larkin are sent on a mission to rid their kingdom of monsters.

Descending into an underground world full of unspeakable horrors, Larkin and her crew must use their forbidden magic to survive. As they fight in the shadows, Larkin finds a light in Amias, a fellow outlaw with a notorious past.

Soon, Larkin and Amias realise that their destinies are intertwined and she dares to dream of a future where they can freely practice magic. But as the beasts grow in number and her band is picked off one by one, Larkin is forced to confront a terrible truth: They were never meant to return. Lovers of dark, high-octane adventure will be enthralled by this genre-bending YA fantasy standalone, perfect for fans of Kendare Blake and Leigh Bardugo.