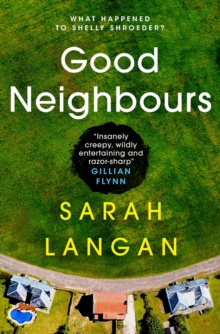 I've been screaming the title to all who will listen." - Sarah Jessica ParkerA sudden tragedy pits neighbour against neighbour and puts one family in terrible danger. Welcome to Maple Street, a picture-perfect slice of suburban Long Island, its residents bound by their children, their work, and their illusion of safety in a rapidly changing world.

But when the Wilde family moves in, they trigger their neighbours' worst fears.

Arlo and Gertie and their weird kids don't fit with the way Maple Street sees itself.

As tensions mount, a sinkhole opens in a nearby park, and neighbourhood Queen Bee Rhea's daughter Shelly falls inside.

The search for Shelly brings a shocking accusation against the Wildes.

Suddenly, it is one mother's word against the other's in a court of public opinion that can end only in blood. A riveting and ruthless portrayal of suburbia, Good Neighbours excavates the perils and betrayals of motherhood and friendships and the dangerous clash between social hierarchy, childhood trauma, and fear. 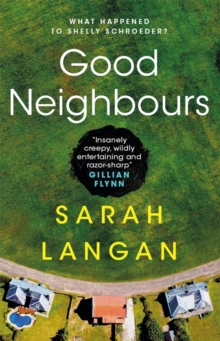