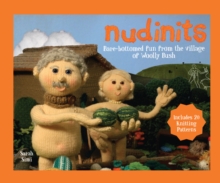 Nudinits : Bare-bottomed fun from the village of Woolly Bush Hardback

Welcome to the cosy village of Woolly Bush, set deep in the heart of the English countryside.

It has all the standard features of a typical village - the cake shop, the war memorial, the vegetable show, the vicar - apart from two big differences: it's all made of wool, and none of the characters have clothes on!Nudinits: Tickled Pink is an acclaimed stop-motion animation film currently showing on YouTube and at international film festivals, and has been wowing viewers around the world.

Every puppet, set and prop in the film has been knitted by hand and it's full of cheeky English humour in the grand old Carry On film tradition. So, here it is: the book of the film! With hilarious stills from the film paired with rude and amusing captions, the book reveals a day in the life of this most unusual of villages.

But it's not just a humour book: included are 20 exclusive knitting patterns so you can knit Bernard and Barbara, upstanding citizens of Woolly Bush, and a selection of their accessories and accoutrements including assorted amusing vegetables, interestingly shaped buns and Fufu the cat.

Bursting with British eccentricity, double entendres and the odd bare bottom, this enchanting book will appeal to humour-lovers and knitting fans alike. 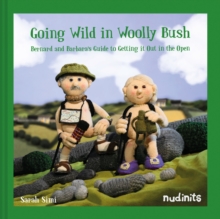 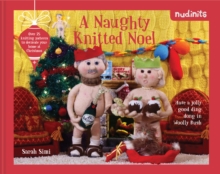