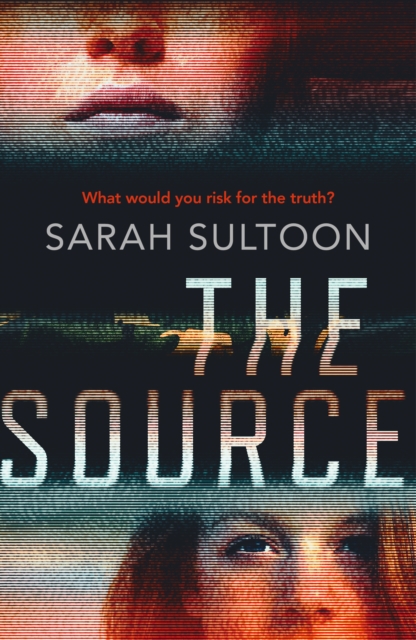 A young TV journalist is forced to revisit her harrowing past when she's thrust into a sex-trafficking investigation in her hometown.

A startling, searing, debut thriller by award-winning CNN journalist Sarah Sultoon. 'A brave and thought-provoking debut novel. Sarah Sultoon tackles a challenging and disturbing subject without sensation, and her sensitive handling, tight plotting and authentic storytelling make for a compelling read' Adam Hamdy'A stunning debut ... a powerhouse writer' Jo Spain'Delving into corruption, abuse of power and the resilience of the human spirit, The Source is a taut and thought-provoking book that's all the more unnerving for how much it echoes the headlines in real life' CultureFly------------One last chance to reveal the truth... 1996. Essex. Thirteen-year-old schoolgirl Carly lives in a disenfranchised town dominated by a military base, struggling to care for her baby sister while her mum sleeps off another binge.

When her squaddie brother brings food and treats, and offers an exclusive invitation to army parties, things start to look a little less bleak... 2006. London. Junior TV newsroom journalist Marie has spent six months exposing a gang of sex traffickers, but everything is derailed when New Scotland Yard announces the re-opening of Operation Andromeda, the notorious investigation into allegations of sex abuse at an army base a decade earlier... As the lives of these two characters intertwine around a single, defining event, a series of utterly chilling experiences is revealed, sparking a nail-biting race to find the truth ... and justice. A riveting, searing and devastatingly dark thriller, The Source is also a story about survival, about hopes and dreams, about power, abuse and resilience ... an immense, tense and thought-provoking debut that you will never, ever forget. For fans of Holly Watt, Abigail Dean, Fiona Barton, Abi Dare, Kate Elizabeth Russell, Sarah Vaughan and Casey Kelleher-------------'Carly and Marie's stories are about to collide, the secrets of the past are devastating, the investigation in the present urgent.

This is a tense thriller, a remarkable debut, heartbreaking, but ultimately this is a story of resilience and survival' New Books Magazine'A powerful, compelling read that doesn't shy away from some upsetting truths ... written with such energy' Fanny Blake'Tautly written and compelling, not afraid to shine a spotlight on the darker forces at work in society' Rupert Wallis'So authentic and exhilarating ... breathtaking pace and relentless ingenuity' Nick Paton Walsh, CNN'A powerful, intense whammy of a debut that is both uncomfortable and exhilarating to read ...

A hard-hitting, deftly woven debut' Ruth Field'With this gripping, fast-paced debut thriller, it's easy to see what made Sultoon such a great journalist' Clarissa Ward, CNN 'A hard-hitting, myth-busting rollercoaster of a debut' Eve Smith'I could picture and feel each scene, all the fear, tension and hope' Katie Allen 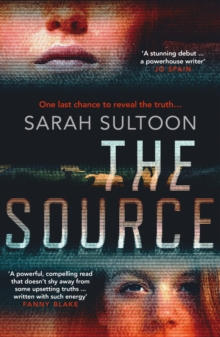