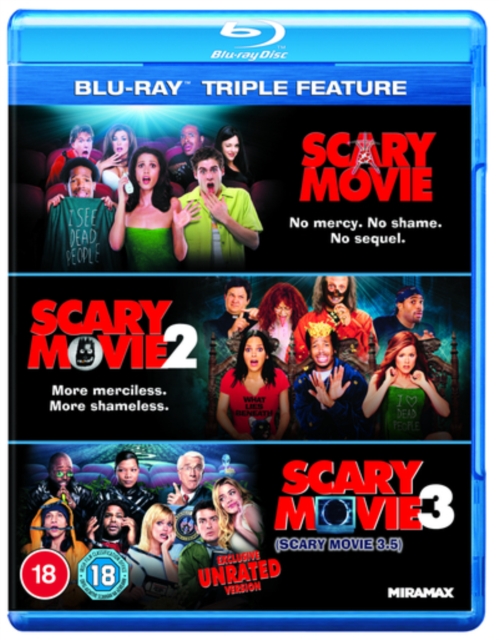 Triple bill of comedy horrors. In 'Scary Movie' (2000) a group of teenagers are stalked by a masked killer who wants them dead because of their involvement in a car accident that happened last Halloween.

The kids are also being stalked by a television news reporter determined to get the story.

One by one, the young friends are dispatched in a grisly and ridiculous fashion. 'Scary Movie 2' (2001) follows what happens when the students from the first film are hired to investigate a series of strange occurrences in an old mansion named Hell House.

Cindy (Anna Faris), Ray (Shawn Wayans), Shorty (Marlon Wayans), and Brenda (Regina Hall) all turn up at the appointed hour, ready to take on all the ghosts and spooks the house has to offer.

But when their professor is killed, the students find themselves trapped in the house with phantoms far more bizarre than any they had imagined.

Finally, in 'Scary Movie 3' (2003), now out of college, Cindy has become a TV news reporter out to find a hard-hitting news story.

She soon uncovers all kinds of mysterious threats including crop circles, an alien invasion and a killer videotape that is somehow linked to the death of her best friend Brenda. 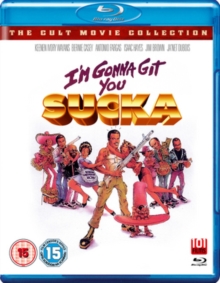 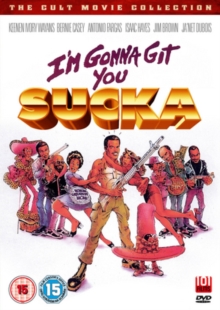 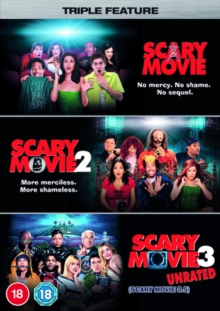 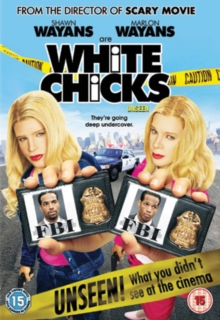