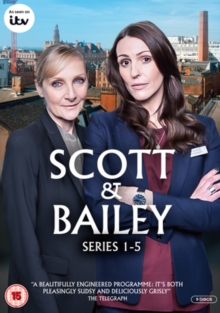 All 33 episodes from the first five series of the ITV detective drama.

As Janet Scott (Sharp) and Rachel Bailey (Jones) investigate a string of macabre crimes across the city, they must also face up to some harsh truths in their own personal lives.