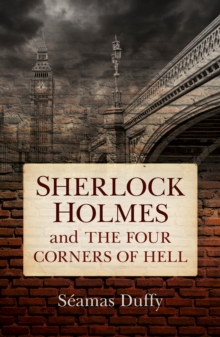 Sherlock Holmes and the Four Corners of Hell Hardback

When three people are murdered in London in The Adventure of the Soho Picture Gallery, the murders are accompanied by unmistakable symbols of ritualism.

Holmes's trail leads to a respected peer of the realm and he unearths a web of vice, deception, and intrigue beneath Victorian society's respectable veneer.

The Adventure of the Edmonton Horror offers a case which causes the wildest speculation, and which seems destined to join the apocrypha in Holmes's 'uncommonplace book' - a collection of the strangest and most mysterious occurrences ever recorded in the capital.

Is it a matter for a detective, a clergyman, or an occultist? In The Adventure of the Rotherhithe Ship-breakers, Holmes tracks down a would-be assassin, yet no one is certain whom the bullet was meant for.

The investigation leads Holmes to one of the foulest, most dangerous corners of riverside London, a criminal plague spot which even the locals call the Four Corners of Hell. 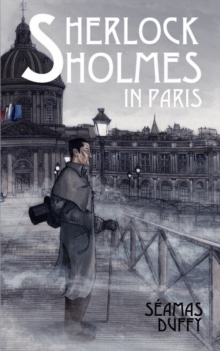