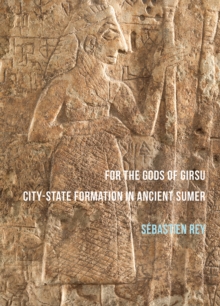 For the Gods of Girsu: City-State Formation in Ancient Sumer Paperback

For the Gods are the opening words or incipit of the first inscribed votive artefacts dedicated to the principal deities of the Sumerian pantheon.

They commemorate the construction or renovation of cities, temples, rural sanctuaries, border steles, in sum all the symbolically charged features of archaic states belonging thus metaphorically to supernatural tutelary overlords.

Girsu (present-day Tello) is one of the earliest known cities of the world together with Uruk, Eridu, and Ur, and was considered to be in the 3rd Millennium the sanctuary of the Sumerian heroic god Ningirsu who fought with the demons of the Kur (Mountain) and thus made possible the introduction of irrigation and agriculture in Sumer.

Girsu was the sacred metropolis and central pole of a city-state that lay in the Southeasternmost part of the Mesopotamian floodplain.

The pioneering explorations carried out between 1877 and 1933 at Tello and the early decipherment of the Girsu cuneiform tablets were ground-breaking because they revealed the principal catalytic elements of the Sumerian takeoff - that is, a multiplicity and coalescence of major innovations, such as the appearance of a city- countryside continuum, the emergence of literacy, of bronze manufacture, and the development of monumental art and architecture. Because of the richness of information related in particular to the city's spatial organization and geographical setting, and thanks to the availability of recently declassified Cold War space imagery and especially the possibility to launch new explorations in Southern Iraq, Girsu stands out as a primary locale for re-analyzing through an interdisciplinary approach combining archaeological and textual evidence the origins of the Sumerian city-state. 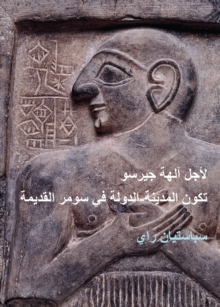 For the Gods of Girsu (ARABIC EDITION)