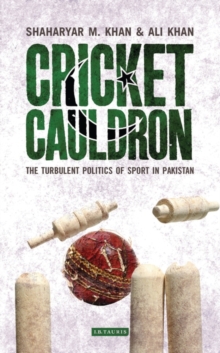 Cricket Cauldron : The Turbulent Politics of Sport in Pakistan Hardback

It is also a country in which the game of cricket has become a nationwide obsession.

How has that happened? How does a Muslim country, jealous of its independence and determined to forge a Pakistani identity, so passionately embrace the alien gentleman's game imported by the distant and departed former colonial masters? What do we learn of Pakistan from its attitudes and responses to cricket?

This book sees Pakistan - its history, politics and society - through the prism of cricket.

Shaharyar Khan and Ali Khan describe how cricket defines national identity and boosts morale even while Pakistan struggles to contain internal political conflict and the influence of the Taliban near and within its borders; they show how the game shapes the political, social and cultural landscape of Pakistan and its fractured relations with India.

But with recent betting scandals and accusations of spot-fixing throwing Pakistani cricket into the global media spotlight, what does cricket tell us about condition of Pakistani society today?The former Chairman of the Pakistan Cricket Board, a man with an unparalleled insight into the establishment, Shaharyar Khan examines how this very Western sport came to embed itself in the psyche of Pakistanis old and young, transcending social and class boundaries.

The authors illuminate Pakistan for readers by offering an unusual and highly original perspective - that in understanding the state of cricket in Pakistan, can we gain a deeper understanding of the state of Pakistan itself. Demonstrating how the turbulence around cricket has much wider political implications, this book will fascinate general readers and cricket enthusiasts, at the same time proving essential reading for observers of Pakistan, India and the South Asia region. 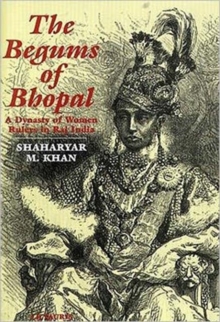 The Begums of Bhopal 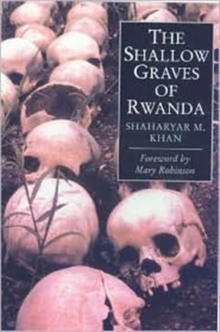 The Shallow Graves of Rwanda