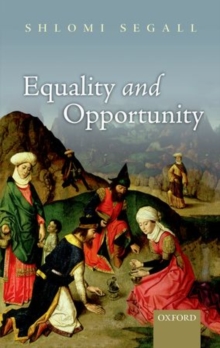 Egalitarians have traditionally been suspicious of equality of opportunity.

But the past twenty five years or so have seen a sea-change in egalitarian thinking about that concept. 'Luck egalitarians' such as G. A. Cohen, Richard Arneson, and John Roemer have paved a new way of thinking about equality of opportunity, and infused it with radical egalitarian content.

Most notably, while other accounts of equality of opportunity strive to neutralize legal and/or socio-economic obstacles to one's opportunity-set the radical account seeks to remove also natural ones.

Radical EOp, then, aims at neutralizing all obstacles that lie outside individuals' control.

This has far-reaching implications, and the book is devoted to exploring and defending them. The book touches on four main themes. First, it locates the ideal of radical EOp within egalitarian distributive justice.

Second, the book applies the concept of radical equality of opportunity to office and hiring.

It demonstrates that radical EOp yields an attractive account both with regard to justice in the allocation of jobs on the one hand, and discrimination, on the other.

Third, the book offers anaccount of radical EOp in education and upbringing.

Segall tries to defend there the rather radical implications of the account, namely that it may hold children responsible for their choices, and that it places quite demanding requirements on parents.

Finally, the book develops an account of radical equality of opportunity for health, to rival Norman Daniels's Rawlsian account.

The proposed account is distinguished in the parity that it creates between social and natural causes of illhealth.

Also by Shlomi Segall   |  View all 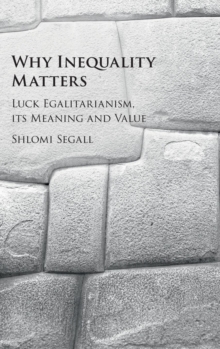 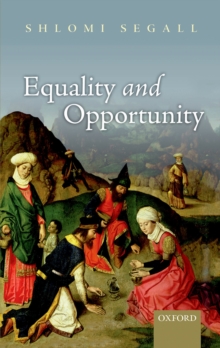 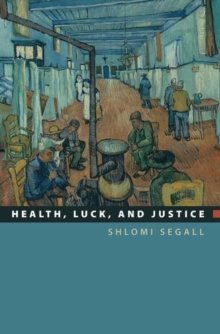 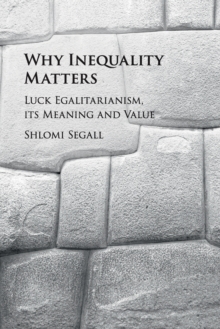