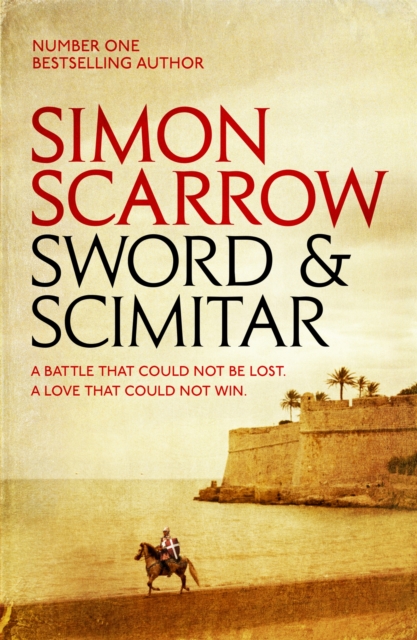 Sword and Scimitar : A fast-paced historical epic of bravery and battle Paperback / softback

A must read for fans of Conn Iggulden and Robert Harris. 'This lively, absorbing novel will not disappoint' The Sunday Times1565, Malta: a vital outpost between the divided nations of Europe and the relentlessly expanding Ottoman Empire.

Faced with ferocious attack by a vast Turkish fleet, the knights of the Order of St John fear annihilation.

Amongst those called to assist is disgraced veteran Sir Thomas Barrett.

Loyalty and instinct compel him to put the Order above all other concerns, yet his allegiance is divided.

At Queen Elizabeth's command, he must search for a hidden scroll, guarded by the knights, that threatens her reign.

As Sir Thomas confronts the past that cost him his honour and a secret that has long lain buried, a vast enemy army arrives to lay siege to the island...