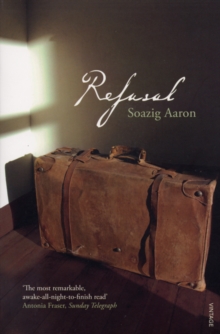 When Klara appears in Paris, two months after the end of the war and years after her disappearance into Auschwitz, her best friend and sister-in-law, Angelika, is elated, if apprehensive.

Initially, her fears seem well founded - Klara won't eat, nor will she acknowledge the daughter she has left behind.

Gradually, Klara reveals with cold anger and pitiless lucidity, the full extent of what she experienced in Auschwitz as she struggles to readapt to normal life. Not since Sophie's Choice has a novelist succeeded in conveying - with truth, dignity, power and intelligence - the inhumanity of the death camps and the scars suffered by those who survived them.

Refusal is a compelling, elegant and often heart-breaking glimpse into life beyond the horror.