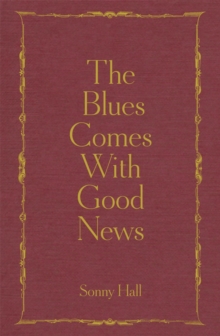 The Blues Comes With Good News : The perfect gift for the poetry lover in your life Hardback

Soul searching poetry for a new generation. Inspired by Diane di Prima, Rene Ricard, Henry Miller and others 'who tell it like it is', The Blues Comes with Good News is a collection of poems by prolific writer, Sonny Hall.

The collection ranges from articulating addiction, self-destruction and identity, to romantic relationships, his journey to recovery and his unapologetic depiction of truth, through life and its happenings.

At 18 years old Sonny entered a treatment centre for alcohol and drug addiction, after losing his biological mother - who he remained close to despite being adopted aged 4 - to a heroin overdose.

Three months into his treatment, Hall started writing poems as a way of ordering 'all the madness' in his head.

He has since written hundreds of poems, which all portray his newfound intimacy with life, figuring it out as he goes on, never failing to write sincerely about the sting of life, through a rare candour, explicit and seedy within the realms of his own indulgence. 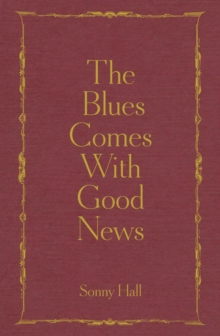 The Blues Comes With Good News