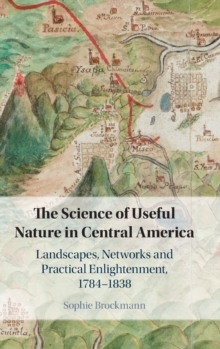 In this ambitious new study, Sophie Brockmann argues that interactions with landscape and environment were central to the construction of Central American identities in the Age of Enlightenment.

She argues that new intellectual connections and novel ways of understanding landscapes had a transformative impact on political culture, as patriotic reformers sought to improve the region's fortunes by applying scientific and 'useful' knowledge gathered from local and global networks to the land.

These reformers established networks that extended into the countryside and far beyond Central America's borders.

Tracing these networks and following the bureaucrats, priests, labourers, merchants and scholars within them, Brockmann shows how they made a lasting impact by defining a new place for the natural world in narratives of nation and progress.