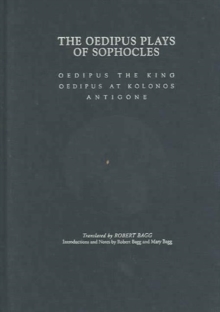 The Oedipus Plays of Sophocles : Oedipus the King, ""Oedipus at Kolonos"", ""Antigone Hardback

Vivid translations of three masterworks of Western literature; With this volume, poet Robert Bagg completes his translation of the three plays in which Sophocles dra matized the agony and destruction inflicted on Oedipus and his family, the royal house of Thebes.

To the newly revised Oedipus the King, first published in 1982, Bagg adds Antigone and Oedipus at Kolonos.

Composed decades apart in the fifth century bce, these tragedies hold a central place in Western literature - not only because of the formal beauty and dramatic power of their poetry, but because of the shocking ironies that convey Sophocles' understanding of divine malice and human vulnerability.

Bagg's goal has been to make accurate but idiomatic renderings of the Greek originals that are suitable for reading, teaching, or performing.

Martin, is Bagg's ""decision to follow the American poetic tradition of Stevens, Pound, and Frost rather than the English tradition"" of most other contemporary translators.

Readers and actors alike will find these translations loyal to Sophocles' characteristic directness and concision, his pervasive irony, his unsparing descriptions of physical violence, and the music of his choral songs.

Each character speaks with a distinctive voice; each play possesses a tone expressive of the issues that preoccupied Sophocles during the stages of his long engagement with the fate of Oedipus, his wife/mother Jocasta, and their children.

In the introductions, Bagg and his wife Mary discuss factors in ancient Greek social and cultural life that are likely to be unfamiliar to the general reader but are central to interpreting Sophocles' meaning.

They have also annotated each play to clarify mythological references and points of interpretation and translation.

In their general introduction they explore the origins of Greek theater, the nature of the Athenian festival of Dionysos at which Sophocles' plays were first performed, and the characteristic ingredients of Greek drama in performance.

They conclude with a discussion of the known facts and surviving anecdotes of the playwright's life. 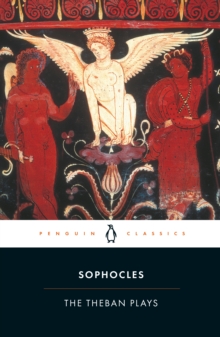 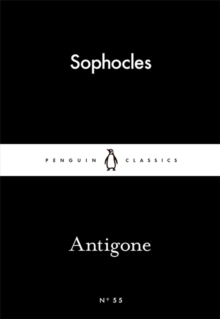