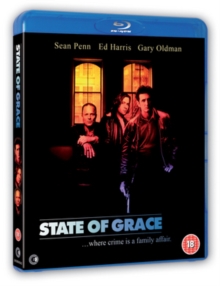 Irish-American Terry (Penn) returns to his old neighbourhood after a mysterious absence.

He is reunited with his childhood friend Jackie (Oldman) who is now working in arson and extortion rackets, but a possible alliance with an Italian mob brings trouble for Terry's friends.

The film is based on real-life New York gang, The Westies, who ruled 'Hell's Kitchen' during the 1970s.