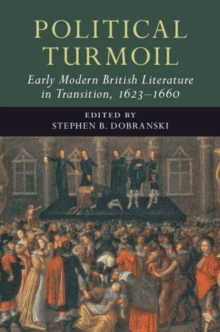 Part of the Early Modern Literature in Transition series

The early modern period in Britain was defined by tremendous upheaval - the upending of monarchy, the unsettling of church doctrine, and the pursuit of a new method of inquiry based on an inductive experimental model.

Each of the contributors attempts to address the 'how' and 'why' of aesthetic change by focusing on political and cultural transformations.

Instead of forging a grand narrative of continuity, the contributors attempt to piece together the often complex web of factors and events that contributed to developments in literary form and matter - as well as the social and religious changes that literature sometimes helped to occasion.

These twenty chapters, reading across traditional periodization, demonstrate that early modern literary works - when they were conceived, as they were created, and after they circulated - were, above all, involved in various types of transitions.

Also in the Early Modern Literature in Transition series 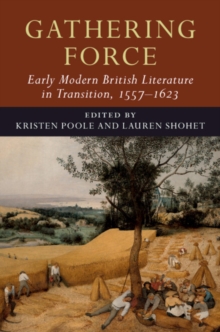 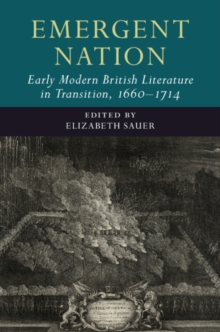