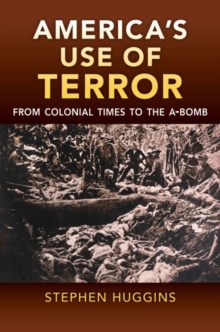 America's Use of Terror : From Colonial Times to the A-bomb Hardback

From the first, America has considered itself a "shining city on a hill"-uniquely lighting the right way for the world.

But it is hard to reconcile this picture, the very image of American exceptionalism, with what America's Use of Terror shows us: that the United States has frequently resorted to acts of terror to solve its most challenging problems.

Any "war on terror," Stephen Huggins suggests, will fail unless we take a long, hard look at ourselves-and it is this discerning, informed perspective that his book provides. Terrorism, as Huggins defines it, is an act of violence against noncombatants intended to change their political will or support.

The United States government adds a qualifier to this definition: only if the instigator is a "subnational group." On the contrary, Huggins tells us, terrorism is indeed used by the state-a politically organized body of people occupying a definite territory-in this case, the government of the United States, as well as by such predecessors as the Continental Congress and early European colonists in America.

In this light, America's Use of Terror re-examines key historical moments and processes, many of them events praised in American history but actually acts of terror directed at noncombatants.

The targeting of women and children in Native American villages, for instance, was a use of terror, as were the means used to sustain slavery and then to further subjugate freed slaves under Jim Crow laws and practices.

The placing of Philippine peasants in concentration camps during the Philippine-American War; the firebombing of families in Dresden and Tokyo; the dropping of atomic bombs on Hiroshima and Nagasaki-all are last resort Measures to conclude wars, and these too are among the instances of American terrorism that Huggins explores. Terrorism, in short, is not only terrorism when they do it to us, as many Americans like to think. And only when we recognize this, and thus the dissonance between the ideal and the real America, will we be able to truly understand and confront modern terrorism. 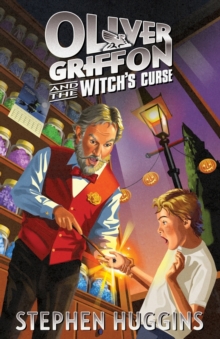 Oliver Griffon and the Witch's Curse