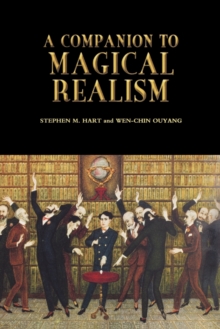 Part of the Coleccion Tamesis: Serie A, Monografias series

Companion to Magical Realism provides an assessment of the world-wide impact of a movement which was incubated in Germany, flourished in Latin America and then spread to the rest of the world.

It provides a set of up-to-date assessments of the work of writers traditionally associated with magical realism such as Gabriel Garcia Marquez [in particular his recently published memoirs], Alejo Carpentier, Miguel ngel Asturias, Juan Rulfo, Isabel Allende, Laura Esquivel and Salman Rushdie, as well as bringing into the fold new authors such as W.B.

Wen-chin Ouyang lectures in Arabic Literature and Comparative Literature at the School of Oriental and African Studies, London.