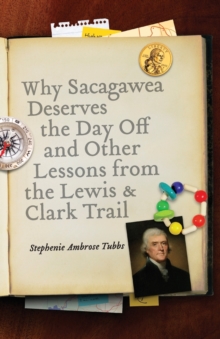 More than two hundred years later, the "voyage of discovery"-with its outsized characters, geographic marvels, and wondrous moments of adventure and mystery-continues to draw us along the Lewis and Clark Trail.

Stephenie Ambrose Tubbs first fell under the trail's spell at sixteen and has been following in Lewis and Clark's path ever since.

In essays historical and personal, she revisits the Lewis and Clark Trail and its famous people, landmarks, and events, exploring questions the expedition continues to raise, such as, What really motivated Thomas Jefferson to send out his agents of discovery?

What "mutinous expressions" were uttered? What happened to the dog? Why did Meriwether Lewis end his own life? In the resulting trip through history, Tubbs recounts her travels along the trail by foot, Volkswagen bus, and canoe-at every turn renewing the American experience inscribed by Lewis and Clark.