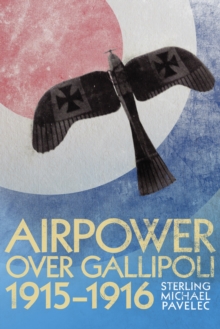 Based on extensive archival research, Sterling Michael Pavelec recounts the adventures of the handful of aviators and their aircraft during the Gallipoli Campaign.

As the contest for the Dardanelles Straits and the Gallipoli Peninsula raged, three Allied seaplane tenders and three land-based squadrons (two UK and one French) flew and fought against two mixed German and Ottoman squadrons (one land-based, one seaplane) against each other, the elements, and the fledgling technology.

The contest was marked by experimentation, bravado, and airborne carnage as the men and machines plied the air to gain a strategic advantage in the new medium.

The nine-month aerial contest did not determine the outcome; but the bravery of the pilots and new tactics employed predicted the importance of airpower in battles to come.

Airpower Over Gallipoli, 1915â€“1916 focuses on the men and machines in the skies over the Gallipoli Peninsula, their contributions to the campaign, and the ultimate outcomes of the role of airpower in the early stages of World War I. 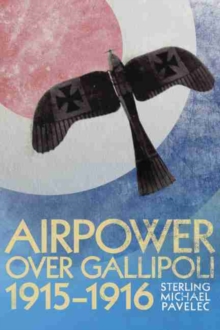